The education structure in Uganda 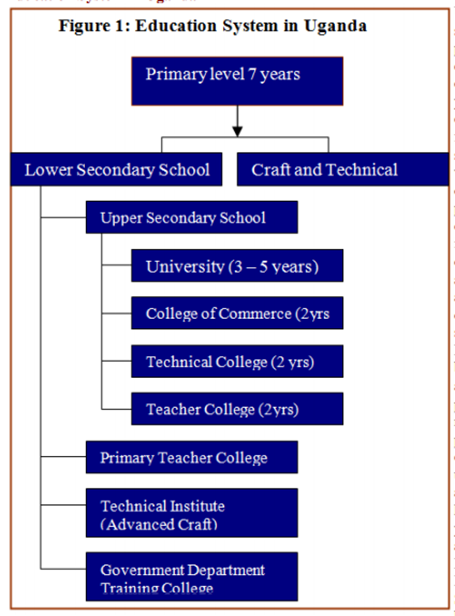 In Uganda, according to the government setting a child start going to school at the age of 6years in primary one. The academic year starts in February and end in December. The year is divided termly, each term is 3months, every after 3months there is 3 weeks holidays except in December it’s in most cases 5 weeks

There is no school fee’s structure allocated by the government or the ministry of education, it all remains in the hands of the school owners and headteachers to decide on how much a parent should pay therefore the income you have determines the quality of education your child is going to get and how far he/she can go on with education.

Government schools are the cheapest because the government pays the teacher’s salaries therefore parents do not pay much to meet the teachers’ salary despite all this, there is still parents that can not afford the fees specified by the heads of the schools.

In Uganda we have both private and government owned schools. There is a big difference between the two education sectors its visibility is big, the photo below you will have the clear picture between a child going to government school and private school. The children who have finished primary in government schools have a challenge to compete with children from private schools on a secondary level due to knowledge/information difference. 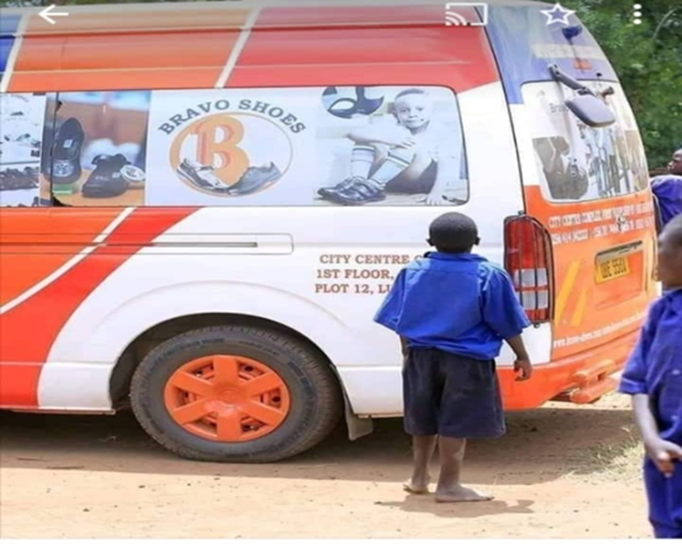 This is the first stage for the child in Uganda, they start from the age of 3 to 6. The government schools do not have this section of pre- primary they are only owned by private sectors which makes it very expensive for a layman Ugandan thus making many children out of the program because their parents can not afford it. This stage is very crucial for the child if missed he or she has a problem to catchup with other children in the same class that have attained pre-education.

Primary education is compulsory and lasts 7 years (age 6 to 13 years). Pupils finish this period with the Primary School Leaving Certificate.

When a child fails pass the primary leaving exams, he or she can have a recess of 1year to be able to sit again for the exams or his or her education end here and go into labor force.

Ordinary level The Ordinary Level, or O Level, curriculum lasts for four years, S1-S4. Upon successful completion of Ordinary Level classes, Ugandan students sit for the Uganda Certificate of Education (UCE) examination, managed by the Uganda National Examinations Board (UNEB). In the UCE examination, students are required to sit for a minimum of eight and maximum of 10 subject examinations.

Possession of the UCE certificate is a requirement for admission to Advanced Level studies. Students successfully passing the UCE examinations can also move on to teacher training programs, vocational education, or into the workforce.

Advanced Level The final two years of the secondary education cycle, S5 and S6, are known as Advanced Level, or A Level. They culminate in the Uganda Advanced Certificate of Education (UACE) examinations, the prerequisite for entrance to universities in Uganda. These examinations are held annually in November and December.

The Uganda National Examinations Board (UNEB) awards the Uganda Advanced Certificate of Education (UACE) to students who earn at least one Principal Pass, or at least one Subsidiary Pass in a subject taken at the principal level. Students graduating with the UACE can enter the workforce or proceed to higher education.

When the child passes his or her Ordinary secondary and can not join Advanced secondary, he/ she can branch to vocational institution. Here the child chooses according to his/her ability, finance status and academic performance a profession he or she want to do on a qualification of certificate.

If the child was able to finish Advanced education but can not join the university due to fact reasons like finance or low academic results from the exams, then he or she can join the vocation institute on the level of a Diploma training.

When you google about education in Uganda you will come across the government’s program of free education this is the fact about it.

All children need access to education, but they also need to receive an education of good quality. This is what the right to education is all about.

While the introduction of universal primary education (UPE) in Uganda in 1997 greatly improved access, it did not improve quality. As the student population tripled between 1997 and 2014, more and more children started dropping out. By 2003, only a third of children who had enrolled in primary school in 1997 had reached the seventh grade.

Children drop out or are absent from class for several reasons. Among poor families, the cost of school uniforms, books, stationery, and saving funds becomes too much to bear, pushing children out of school or leading families into debt. Illness and domestic work keep many children from attending school on a regular basis. Children with disabilities, orphans and other disadvantaged children are especially at risk of school exclusion in these schools.

Teachers have a great impact on student achievement. But the rampant teacher absenteeism and under-qualification of many teachers spell disaster for children. Less than half of children are literate at the end of primary school. In secondary school, only 15 per cent of students are proficient in biology, 43 per cent in English and 47 per cent in mathematics.

The school environment also plays a part in children’s motivation to stay in school and learn. However, violence against children is commonplace in Ugandan schools, including caning and other forms of outlawed corporal punishment. Many children report being abused by a teacher or bullied in school. Male teachers often sexually harass girls.

With those factors above, the child’s education age frame is affected, in most cases children delay starting school, they miss classes failing the child to progress according to there age.